“Hello. I’m so pleased to finally see you. I’m the Doctor and I will be your victim this evening. Are you my mummy?”

One might get the impression that all I do each and every day is sit around watching British science fiction, but let’s get real here – I waste time with a lot of other stuff too! Pro Wrestling! TV! And Anime! All kidding aside, I wanted to start this review out talking about my love for space trains, you heard me right – trains all flying around in space for some reason or another. I chalk this all up to my love for the visionary Japanese manga creator Leiji Matsumoto and his epic series of space opera works including one called Galaxy Express 999. Originally written in the late 70’s, Three-Nine introduced me to a fantastical world where space travel was made more comfortable by echoing the past and looking back at the golden age of travel. Of course Mr. Matsumoto’s works also contemplated what is really meant to be human, and what it means to be loved in a universe where people seem to be abandoning such concepts. It was a little more than just the concept of the space trains I went for. I’m not going to lie though, I cheered on the inside when I saw the trailer for this episode. 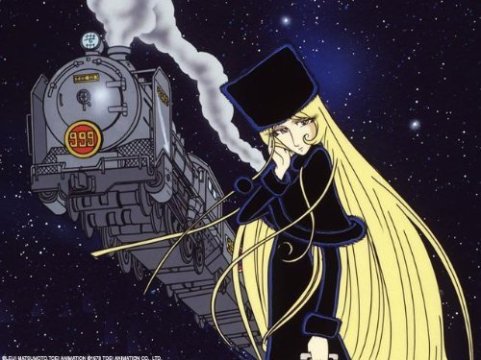 I’m not writing here about Galaxy Express 999 specifically, but I wanted to briefly point out a few thematic similarities between it and a few episodes of Doctor Who, chiefly Voyage of the Damned and Mummy on the Orient Express. If you like these episodes, you might seek the show out on Hulu. My love for the similar material has made me love these episodes quite a bit, despite the fact that I know for sure VotD was pretty unpopular with most fans. That’s how I am though, if I feel inspired by certain things in an episode, I love them no matter what, case and point was my adoration for Rings of Akhaten. I think it all goes back to that feeling of comfort in keeping things simple. Perhaps, that’s a world I’d love to live in: just as modern but somehow not as plastic and disposable….comfortable. Many folks may be scared of the dreaded mechanization and inhumanity of our present technological progress, dressing it up like older more simpler times may be the way to go. That’s at least what Leiji Matsumoto saw, and coincidentally what it seems a few Doctor Who episodes echo.

It has been a few weeks since the complete meltdown by Clara directed towards The Doctor. She has come to realize that she doesn’t actually hate him, and that she wants to travel one last time with him – “The Last Hurrah!” if you will. They arrive sometime in the future aboard a space train that has been modeled after the legendary Orient Express, with many of its passengers in period outfits. The Doctor quips that “There were many trains to take the name Orient Express, but only one in space.” It seems that they have arrived right after a mysterious death, perhaps even murder, in which an older lady claimed she was being attacked by “a mummy”, as in Egyptian dead person style mummy. After The Doctor does some research, he discovers that there seems to be a pattern with these mummy attacks – everyone claims to be chased by a mummy, and they die exactly 66 seconds later after a flash of light. This also seems to correlate to a myth that another passenger, Prof. Moorhouse, reiterates about the legend of a supernatural being called the Foretold.

Suspicious of the ships computer system, Gus (voiced by John Sessions) and the fact that multiple people on the train seem to know a bit too much about the Foretold, The Doctor puts together that the train ride must not be a coincidence and that they have been brought there deliberately to solve the mystery. Suddenly everyone realizes that they have been duped by someone who is allowing Gus to force all of the various scientists, doctors, and engineers aboard to figure it out or die trying. Much to her fury, The Doctor even confesses to Clara that the mysterious figure that brought him to the Orient Express “even phoned the TARDIS once”. Astute fans might recall a line from The Big Bang, in which The Eleventh Doctor, answering the TARDIS phone, replies “an Egyptian goddess loose on the Orient Express, in space? A bunch more people die, and eventually The Doctor figures it all out.

I noticed last week that The Doctor seemed to be outright channeling Tom Baker a few times, and it seems like this has been kept going for this episode. The most blatant use of this is the discovery that The Doctor now keeps Jelly Babies, the candy that The Fourth Doctor always carried around, in a silver cigarette case.

It is later explained that our nefarious mummy is actually an ancient warrior that has somehow been kept alive long past it’s own expiration. This is due to a faulty life support system that basically doomed the poor soul to warp around absorbing life force to keep fighting the long forgotten war that it was still fighting. In some ways, this almost makes The Foretold a creature not unlike a rogue cyberman – desperately trying to do what it can to survive in an almost mindless manner. The Foretold was pretty scary for a mummy considering we’ve all been around various mummy stories for upwards of 80-100 years. Usually these mindless beasts are nothing more than cursed specters that attack anyone in sight but are easy to foil. The Foretold, however, can teleport, change it’s dimensional phase to only appear to certain people, and ruthlessly kill just about anyone in under a minute. A far cry from the one Abbott and Costello fought. On a side note: I am glad that, upon the realization that The Foretold was actually a soldier, The Doctor didn’t slip into another anti-military rant as those are starting to get a bit forced.

Thankfully this episode doesn’t end with a gigantic fight between Clara and The Doctor, as she finally seems to be certain that he is a good man – manipulative perhaps, but good at his core. She did promise her now boyfriend Danny Pink that she was done with her travels, so I can see some more Doctor vs Danny drama coming up. Since we’re past the halfway point, and it’s rumored that Jenna Coleman isn’t going to be on the show much after the Christmas special, I want to see a few episodes where there isn’t tons of tension between the characters. I always hated most of the Peter Davison era because characters like Tegan and Adric were constantly at his throat, and I really do not want a return to that tone.

What can I say? Show me a space train, and I’ll enjoy the hell out of it. Yeah, the mummy was a bit silly in space, and we didn’t find out who the real villain was (hopefully it’s shown later) but it was a solid episode nonetheless. I really enjoyed the atmosphere, the majority of the side-characters, and even that cool version of Queen’s Don’t stop me Now sung by pop singer Foxes. This was another almost legitimately scary episode, and the body count may prove that this was potentially a bit much for some kids. I’m glad the show is getting creepier, as the horror episodes are some of my favorites. 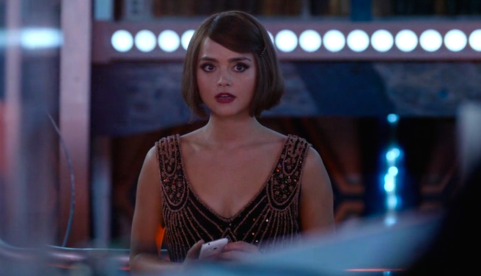