A review of Big Finish audio drama no. 22

WOW! It’s been a while since I reviewed a Big Finish audio adventure, or any audio drama for that matter. For a few years, I was listening to these constantly, actually I was re-listening for review purposes, and I sort of let them slip a tad. For a little while, listening to stuff like this was kind of hard due to a promotion at work. I was previously blessed with over nine hours of work time to fill with podcasts, audio dramas, and radio – but this got hard when I became a supervisor. Suddenly I had a radio to listen for, and constant questions to answer. Now I’ve balanced this out, and plan to review an audio drama once a week! That’s right! Check back every week for another new edition.

This week, I’ll be time-traveling back to 2001 and the infancy of Big Finish. This is a review of the twenty-second audio drama produced by these guys, starring none other than Colin Baker as The Doctor and Maggie Stables as Evelyn Smythe, his audio companion. Bloodtide follows on from a previous audio drama that I reviewed a few years back, The Apocalypse Element, and sees The Doctor and Evelyn coming face to face with a big historical figure – Charles Darwin. Just like any other historical Doctor Who story, the trip isn’t exactly a pleasure trip for our dynamic duo.

In the Ecuadoran settlement of Baquerizo Moreno, there has been some bad stuff going on. The Doctor and Evelyn attempt to have a normal meeting with a young Charles Darwin, circa his Beagle days, only to start learning about all sorts of horrific stuff happening there. Baquerizo Moreno is an Ecuadoran penal colony, so one can imagine that there are tales of barbaric atrocities going on. Something is different here, however, there are rumors that prisoners have been mysteriously disappearing from locked prison cells, A local fisherman has been driven insane by something he saw in the caves, and the Governor seems sort of suspicious.

Of course, everything can be chalked up to appearances by the nefarious Silurians, recently awakened from millions of years of slumber. At the beginning of the episode, we actually saw a flashback to the dying days of the Silurian Empire. The planet was dying, oceans were foul, and many animals were going extinct. The Silurians are preparing to place themselves into suspended animation, but one man is not welcome. A Silurian scientist, S’Rel Tulok, is banished to wander the Earth along with the reason he’s in trouble – genetically modified primates that he altered to be more intelligent. As one can imagine, this is the birth of the human race.

As you can imagine, this isn’t the modern Madame Vastra brand of Silurians we’ve been used to seeing in the current run of the TV series. These are the classic iteration as seen in Pertwee episodes complete with the hissing voice and all. The Silurians are a great audio villain, because they were sort of cheesy until they got revamped a few years back. Without seeing the unmoving mask and other shoddy special effects, the listeners imagination is left to run wild and create quite the formidable foe. This is especially true when the drama re-introduces The Myrka, a monster that never lived up to it’s hype in the actual show. Instead of a rough guy in a rubber suit caliber monster, we are treated to something more like Godzilla – a stature that seems to be the original idea behind the Myrka.

Once again, I am reminded why I love Evelyn Smythe so much in these audio adventures, she’s not the center of the Doctor’s love-life since she is older and is written as an equal of sorts. I LOVE older companions, I wish there would be more in the actual show! She does do a bit of the annoying stuff that companions tend to do when they meet a historical figure (i.e. trying to lead them into coming up with a future theory while they are there, or helping them along), but she isn’t as bad as Rose trying to get Queen Victoria to say “I am not amused!” Maggie Stables has done the role five other times up to this point, and so far she has yet to do a bad job.

I have said many times, that I really enjoy the “softer” version of The Sixth Doctor in these audio dramas. It really shows that Colin Baker is a great actor and was “screwed” during the production of the actual show. While I do enjoy the moral ambiguity his Doctor had, sometimes it was a bit much, often resorting to murders followed by witty one-liners ala James Bond. Audio Colin Baker could be my favorite Doctor if future episodes keep this quality. 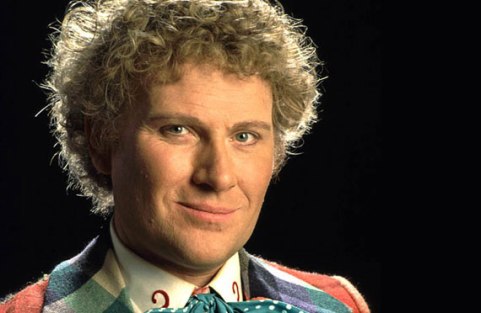 The supporting cast was very good, with the only blemish being the shrill voice of Greta in the first episode (she improves vastly afterward). The Ecuadoran characters have suspect accents, like any other Big Finish audio with exotic characters, but since I am not from South America, I’m not going to pretend I am the authority on this. This adventure stars Miles Richardson as Charles Darwin, George Telfer as Captain Fitzroy, Daniel Hogarth as Tulok, Julian Harries as Governor Lawson, Helen Goldwyn as Shvak, Jane Goddard as Greta, Jez Fielder as both Emilio and Lokan, and finally Rob Shearman and William Johnson as The Myrka.

The Historical accuracy of this episode comes into question a bit for me, mainly because this adventure goes to great lengths to paint the picture that Charles Darwin became a devout atheist due to revelations attained on the island. With the premise of the episode being based on evolution and such, I can sense an agenda here to a degree, and unfortunately words are placed in Darwin’s mouth that he would have never said at the age he was here. Darwin is one of those figures that has become so “fetishized” that I’m not surprised this was in there, but a bit disappointed. Darwin was fairly religious into his middle age, but slowly edged towards agnosticism in his golden years. If anything, the revelation of the creation of mankind would have simplified his life, because he often struggled to reconcile his views with that of his upbringing, looking for ways to prove his theories tied in with God. Finding out that man was created by lizard people millions of years ago would have just lead to one conclusion: the Silurians are God(s).

In conclusion, I really enjoyed this episode despite the political tightrope walking in the plot. Being somewhat religious myself, and a history buff, I just get annoyed when science fiction tries to hammer an atheist subplot into stuff unnecessarily. The highpoint for me really was the Myrka attack, and how Big Finish was able to take a questionable monster and re-inject it with a bit of monstrosity and power. Maybe one of these days Big Finish will make a drama about The Supreme Dalek’s pet from The Dalek Invasion of Earth, and make it cooler than a guy wrapped in paper and vines.