We Were Abused as Gamers Last Gen, aka Why I Have Soured on Nintendo

I would like to get a Nintendo Switch at some point, but I refuse to buy any system at launch since they are almost always “buggy” in some way. But that isn’t the only reason I’m hesitant to purchase a new Nintendo product. I used to be a HUGE Nintendo fanboy – when everyone else had a PS3 or X-Box 360, there I was waving nunchucks around like Chuck Norris. Then something happened, in 2010-11 Nintendo basically lost my support. They fell into the trap of thinking of the consumers as dollar signs and stopped caring about us. They were just another Japanese company lashing out at fans for something, they themselves, had done.

Let’s go back to that time period. A few weeks ago, I posted an article about how “the West” had been robbed of the third Valkyria Chronicles game at around the same time. Despite a new side-game coming out (7 years later), it seemed as if poor decisions had ultimately “killed” the franchise stone-dead. Up until recently I was in a similar frame of mind with Namco Bandai, who for years, made excuses and shifted blame for poor sales of numerous games in the west, only to suddenly see a spike in sales once they actually tried a mysterious thing called “promoting stuff”. Then we had Capcom. In perhaps the most infuriating example of this out of all the rest, They cancelled a game that was going to be called Mega man Legends 3, and went on a twitter tirade passive-aggressively blaming us for something they did. 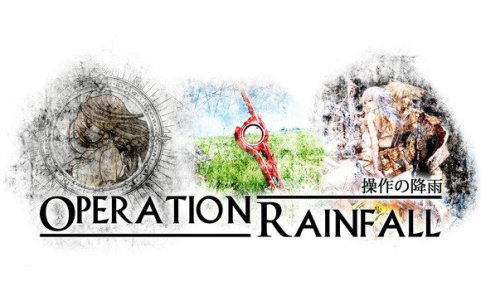 So yeah, Back to Nintendo, they were the straw to break the camels back for me. Remember Operation Rainfall? Something like six years ago, people were furious that Nintendo started blaming fans for not releasing games, even though they basically stopped supporting their own console in 2010. Fans started up a protest, and eventually got all of the games released, but it took years. During that time Nintendo acted like feudal lords that were annoyed by the mere peasants demanding things. The Wii went from a household name to a ghost machine that was literally collecting dust on many a shelf, like your Grandmother’s ancient 8 track player, and Nintendo did not seem to care. Having something to play during that time would have made it less likely for me to jump ship back to Sony, but there I was buying a PlayStation 3 like I said I wasn’t going to do.

My Question for all of you is: How can game companies complain about us not buying their games when they have abused us as consumers for the better part of this decade?

The first few years of the generation seemed to be characterized by a weird release pattern where all game releases were crowded around holiday periods leaving the long boring spring and summer months devoid of anything worthwhile. This made smaller games that had the audacity to get released in the autumn have an immediate death sentence. These guys immediately got buried under an avalanche of Madden, Call of Duty, and Mario games. This situation also made many people unable to afford all the “hot” games when they were still popular making folks resort to the used game market, rentals, and borrowing games from friends. Despite economists always saying that entertainment media is “recession proof”, people can’t spend all their money on games right now.

This has made a lot of these companies super-selective on what games get released, and in the case of Japanese companies that basically means no games at all most of the time (Thanks Konami!). I find it amazing that fans ask for games all the time, and are basically told that they are idiots. I remember Nintendo of America’s President Reggie Fils-Aime famously saying that he personally axed an American release for Disaster: Day of Crisis because he personally did not like it. So here we have Reggie saying that he “doesn’t think Disaster is a $50 game,” and regards the audio as “laughable.” Thanks Reggie, I seem to remember that being the summer where the Wii had no games at all, and the reason I ended up buying a PSP. But that’s not all; here is a list of first and second party Nintendo games that America never saw that could haave kept the Wii going a bit longer:

Note: the games in red were those protest games and eventually came out, just much later on.

Most of these were already translated into English, and yet sat there in Japan and even Europe, never to see the American gamer. Most gamers wouldn’t even care if the Wii was region-free like their handheld market used to be, but we couldn’t even import games unless we wanted to mod the stupid thing. Nintendo isn’t the only company guilty of this as I could call out Namco-Bandai, SEGA, and basically any Japanese company for these same shenanigans. Thankfully today, more and more consoles are once again region-less – finally I don’t have to modify hardware to buy a game.

So what happened after that in 2011? We got blamed for all shortcomings, Capcom yelled at fans on their message boards for being pushy, SEGA blamed pirates for everything, and others lashed out at casual gamers as if they are some sort of virus impeding on the gaming market. The problem is that these problems including, but not limited to: company closings, firings, layoffs, and even sales not meeting expectations all boil down to game companies taking us for granted.

Somewhere some idiot got the idea that we somehow work for them, and not the other way around. We are seen as dumb sheep, a collective mass of slobbering idiots that should open our wallets for any game that rolls out just because they say so. God forbid we ask for games we actually want like import games, innovative games, new genres, and artistic games. Hell no, we’re going to play another franchise sports game or shooter, and we’re going to like it. If a niche game or something out of the ordinary does come out, it always seems to be set up for failure due to a stealth release, no advertising, or releasing it amongst the aforementioned Christmas avalanche. And don’t forget the inevitable “rubbing it in our faces” where the company basically says “see we told you that game would fail, we know all”.

Gone are the days when game companies actually hired marketing and PR types to, oh I don’t know, market and publicize games; we as gamers are expected to do that as well. Word of mouth is one thing, but when a company completely fails to mention a games release, and then whines about it not selling, and then blames the fan base – something is wrong. Since when did the consumer become the PR department? Since when are we expected to proselytize the virtues of a game that we may or may not like just because the company is too lazy to do their job?

I know money is tough, but spending millions of dollars to have Hollywood voice actors appear in games, having lavish parties at big hotels, and generally pissing money away on nothing worthwhile is not only a lifestyle that has ended with the economic shakeup, but it’s pure irresponsibility. Much like the banks getting bailed out a few years ago, we are there to bail out the game companies. Instead of making a game that holds onto a budget, these guys make lavish Hollywood affairs that cost millions of dollars. This means that we are supposed to buy insane amounts of these games just to let the games break even.

Up to this point, we are given ultimatums: we must buy game X in order to see game Y released. If that doesn’t happen we get chastised like dogs that soiled the carpet. Sorry gamer you didn’t buy Barbie Horse Adventure; I guess you won’t get that new role playing game you wanted to play. Why do this? Then they vaguely say that the game “might be coming out” just to keep our hopes up, hoping we’ll forget about it in the meantime. “we’re listening to you guys, keep it up!” is a common bit of misdirection we always hear. truth is, we won’t see that game, they have no intention of releasing it at all. The simple act of the “bait and switch” that we get sometimes is not only unheard of in just about any other industry, but it really shows how much we are truly valued by these big wig game publishing houses.

We need to stand up as gamers and lay our collective feet down. Enough is enough and it’s time for a change in the way we are treated. As gamers we aren’t your guinea pigs, test group, PR department, marketing firm, and infinite money supply.  You need to take some responsibility on your shortcomings and do your damn jobs. We are not faceless barcodes with giant wallets for you to reap, we are a fan base and we can just as easily become fans of something else. If the masochistic ways that we have been treated do not stop, the collapse of the game industry will be at your feet. Your move, game companies.