Doctor Who: The Magician’s Apprentice (2015) 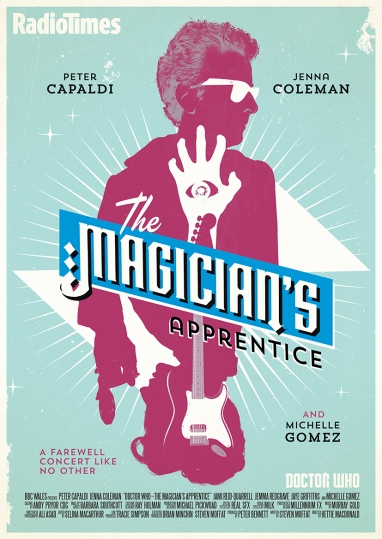 “Compassion Doctor. It has always been your greatest indulgence…”

This year, I have decided to not read too many Doctor Who spoilers, to not look at set reports, or to not read costuming announcements if I could help it. Usually something really big gets spoiled for me, and I did this in order to experiment with my enjoyment of various things. I have also done this with many of the summer blockbuster films this year, and as a result I feel that I have enjoyed everything more than I usually do.

What this means, is that for the first time since 2005, I have no idea what any episode is going to be like this fall. This is both refreshing and a bit scary. With a title like “The Magician’s Apprentice”, I was half expecting a riff on the 1940 Disney film Fantasia – full of zany antics in an old castle, perhaps some brooms walking around. I was expecting a classic Doctor Who “romp” – something like 2014’s Robot of Sherwood. Boy, was I wrong. 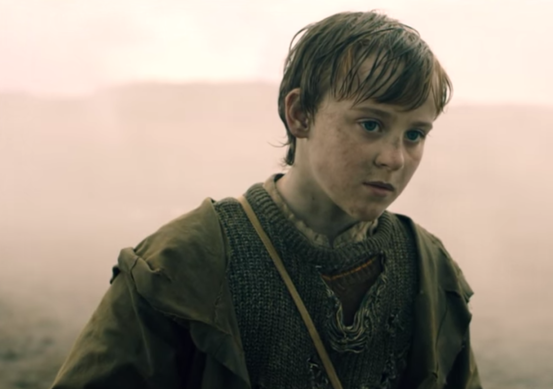 Very seldom is there a Doctor Who episode that starts with an opening scene that hits you in the gut like a jackhammer, only to increase the tension until you are left utterly blindsided at the end. This episode plays out like the first part of a two-part finale, rather than the whimsical series opener that we’re all used to.

In many ways, this episode is a send-up of a much older episode, Genesis of the Daleks, going so far as to use a clip from the episode as a punctuation mark in the episode itself. I would even say that the entire premise is based on something said by The Doctor to Sarah Jane in Genesis of the Daleks: “If someone who knew the future pointed out a child to you and told you that that child would grow up totally evil to be a ruthless dictator who would destroy millions of lives… could you then kill that child?” 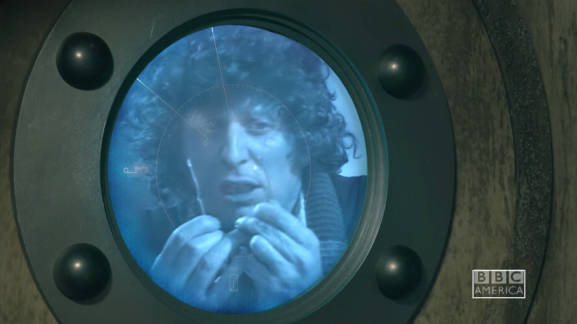 Genesis of the Daleks was a Tom Baker episode wherein The Doctor was given a choice to commit mass-genocide on the entire Dalek Race before they rose to power. This act would have saved countless lives, ended the time war before it started, and saved himself and various companions many times. The Doctor, in his young age, could not bring himself to do this act – he could not lower himself to their level.

The Twelfth Doctor is less romantic about this idea of pacifism, and does the opposite. The idea here is that The Doctor meets an old adversary, perhaps his arch-nemesis (much to the chagrin of Missy) when said person is nothing more than a small child. A horrible war is going on, and a boy ends up in the middle of a field full of creatures (or weapons? They were called “handmines”) that mean certain doom. The boy cries out for help, to be met with a re-assuring voice and the choice of taking a 1/1000 chance at survival. Then it happens: 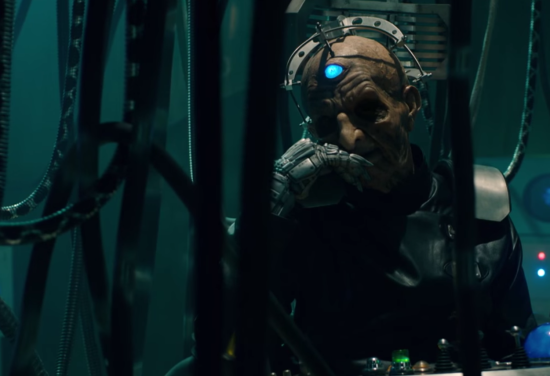 The Doctor: “Tell me the name of the boy who isn’t going to die today.”

It appears, as of this moment (stupid two-parters!), that The Doctor chooses to abandon the boy in his moment of need once he realizes who it is. This boy grows up to become a scientist called Davros, the man that creates the Daleks to end thousands of years of perpetual war on planet Skaro. This episode highlights the problems with his ongoing inner struggle: Is he a good man or a bad man? It seems that being good causes all sorts of troubles.

In many ways, this problem is a variation of The Grandfather Paradox, a popular trope in science fiction, where an event pre-supposes a previous event to the point where a discernible beginning cannot be established. If the Doctor, in a moment of weakness, attempts to kill or allows the death of the creator of the universe’s chief antagonist, and that man survives to be embittered by the event (perhaps driven to hatred), surely The Doctor is to blame for this happening. It’s not as tidy as a classic Grandfather Paradox, but I can see some sort of “timey-wimey” shenanigans popping up to “fix” the events of the episode. If anything the episodes cliff-hanger only serve to make the causal-loop worse. 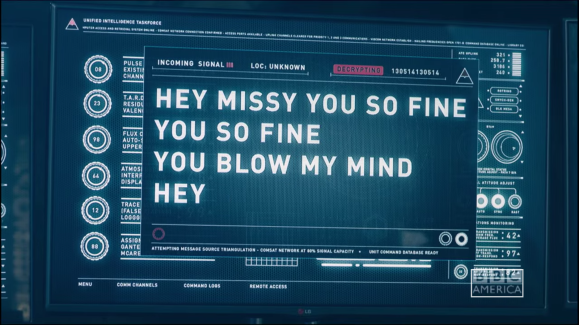 I have stated many times that I LOVE Steven Moffat‘s use of the aforementioned “timey-wimey…stuff” since the show has never really capitalized on the time travel aspect of the premise aside from changing scenery. Dealing with paradoxes is hard, and Doctor Who usually gets it right, so I’m hoping that part-two of this season opener has a nice resolution and no Red Dwarf-styled shoulder shrugs and hand-waving.

I may have made it appear that this episode was nothing but a bleak ball of stress on our TV screens, but that isn’t exactly true. While the laughs are few and far between, they are still there. One of the best moments for me was The Doctor, assuming he was about to die, throwing himself a three week party in Medieval England. For some reason he is set to duel a large warrior in an arena for the entertainment of the assemble masses. and proceeds to ride into this duel on top of a tank playing an electric guitar. Since the Doctor usually refuses to allow anachronisms for leak into the past this is far beyond his character and shows he doesn’t care anymore. 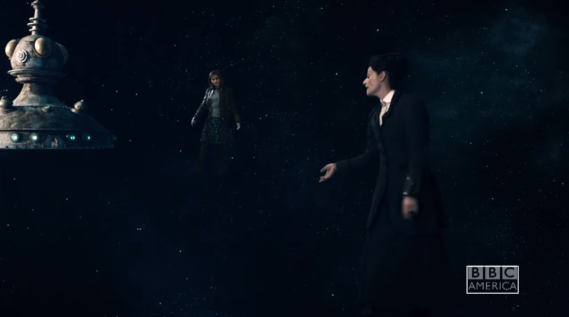 Missy is another fun element to the episode, if one can consider her scenes fun. I finally figured out why I enjoy her as Missy so much, she reminds me of a female version the popular DC comics adversary – The Joker. She’s funny, but the humor is so dark and somewhat in the poorest taste that you laugh, but feel bad doing so. I think this was where Russell T. Davies was trying to go with John Simm’s portrayal of the character, but he fell flat for me. My favorite incarnation of “The Master” was Roger Delgado, but Michelle Gomez is giving him a run for his money.

Another nod goes to Julian Bleach who is once again portraying the megalomaniacal Davros. He has been great almost every single time he appears on any of these shows. He first appeared as the Ghostmaker in the Torchwood story From Out of the Rain. His second appearance was as Davros in the Doctor Who stories The Stolen Earth/Journey’s End. His third appearance was as the Nightmare Man in the The Sarah Jane Adventures story The Nightmare Man. So far he is one of the ONLY people to appear in all of the Doctor Who related shows since 2005. He does particularly well, for me, simply because he takes a character so over-the-top as Davros and grounds it in some way, thus making him far more terrifying. The moment Davros is twirling his proverbial mustache it looses something for me.

This was a solid opener for Doctor Who, and perhaps the “ballsiest” way to start a season that they could have done. I will discuss everything more next week when we see a completed story, but so far I have one word – WOW!

One awesome thing that BBC America did was make this entire episode available for FREE on Youtube (which I have linked to below). Feel free to watch the episode if you already haven’t and bookmark their page just in case they decide to make more available.