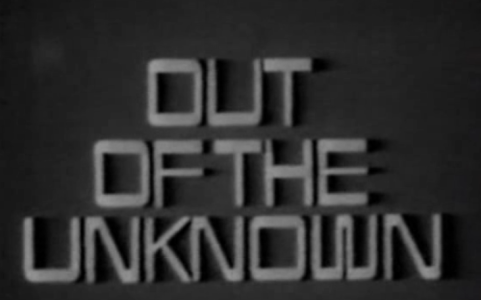 Up to this point in my sporadic viewings of Out of the Unknown, I’ve been blessed with science fiction stories adapted from existing popular science fiction short stories and novels. First there was “No Place Like Earth” by John Wyndham and later “The Counterfeit Man” by Alan Nourse. What makes “Stranger in the Family” (our topic for today) really stand out against these popular adaptations is that is was actually commissioned specifically for the show. In series one, there only two such stories: This one by David Campton and “Come Buttercup, Come Daisy, Come…?” by Mike Watts. Thankfully both exist in a viewable form today, as many of these episodes sadly are lost to the sands of time.

David Campton was a popular UK-based playwright and dramatist that regularly worked on various British “anthology” shows such as this in the 1960’s. He did a few other episodes of Out of the Unknown, but this was the only one he wrote himself rather than doing an adaptation. He is definitely most known for his work as a playwright, which he was steadily involved in until his death in 2006. 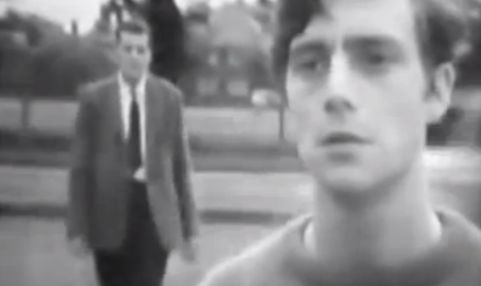 Charles Jr., or ‘Boy’ as he is simply referred to, is an odd child. Not only is he born with a strange deformity of having no fingernails, but he is “blessed” with powerful mental abilities that enable him to control others. This troublesome ability has caused nothing but grief for his family, who have had to constantly move from home to home to avoid trouble pertaining to Boy’s abilities. Most worrisome is the fact that he is being hunted by a mysterious surveillance team who have moved into the next-door flat in the tower block. Boy falls for a young actress whose agent / boyfriend encourages the relationship once he discovers his “gift” because he thinks Boy’s powers can be used to make a lot of money via TV commercials.

When I first saw this, I immediately started to be reminded of an episode of Star Trek: The Original Series entitled “Charlie X“. Without going into specifics, let’s just say that there are enough similarities to assume that somebody ripped somebody else off. After doing a bit of research I discovered that this came first, but neither David Campton or Gene Roddenberry copied each other, and that both were most likely inspired by an even earlier short story from 1953 called “It’s a Good Life” by Jerome Bixby. To add further confusion, Bixby’s story was adapted into a Twilight Zone episode! All three have the same basic story of a boy that “becomes God” and uses their powers to manipulate others.

Out of the Unknown: Stranger in the Family Stars Peter Copley and Daphne Slater as Boy’s parents. While Daphne Slater more-or-less stopped working in the 1970’s, Copley went on to be in some pretty big films like Empire of the Sun, and Kingdom of Heaven. The main character, Boy, is played by Rochard O’Callaghan, a man that went on to be in tons of stuff including an episode of Red Dwarf where he played “Hogey the Roguey”. He’s mostly known for roles in TONS of procedural police shows, and is still working to this day. Paula Wild is portrayed by Justine Lord and her agent Sonny is played by Eric Lander. Lander is perhaps best known for various soap opera roles including General Hospital.

I really enjoyed both the script and direction for this episode. The last two episodes have “dragged” a bit in the second act, but this episode kept me on the edge of my seat for the entirety of the show. As Boy gets continuously “messed with” and used by people that he mistakenly thinks are working in his best interest, he begins to go down the path of revenge that is all to familiar with these types of stories. Luckily somebody didn’t dump pigs blood on him at the prom, because the body count would have been crazy. One has to thank both Campton and the director Alan Bridges for keeping the whole thing tightly paced and interesting throughout.

Since this is more of a science fiction-tinged psychological thriller, there aren’t too many dodgy “special effects” shots to worry about. More than anything else, this keeps the drama from being so dated that everyone can tell exactly when this was filmed. Also, there are no zany “space costumes” or “bug-eyed monsters” there ramping up the cheese factor. Granted, Out of the Unknown usually resists such tropes, but with classic science fiction, one has to be prepared.

This is a great episode of Out of the Unknown, and is probably my favorite of the three so far. If I were to show this program to anyone, I think that “Stranger in the Family” is a strong contender for the episode I’d use to introduce it. The version I was able to watch had tons of audio and video defaults as well as BBC time numbers all over it, so it’s not the best looking thing out there. I wish a professional restoration was in the cards, but I’ll take it any way I can get it.

Sadly, obtaining a copy of Stranger in the Family or any episode of Out of the Unknown is basically impossible by legitimate means, but that’s where YouTube comes into play. I have included a link to the episode below,if you would like to watch this as well.