“ABC’s new comedy “Selfie,” premiering Tuesday at 8 p.m., stars Karen Gillan as the social-media-obsessed Eliza Dooley, who has 263,000 online followers — but no real friends. Though Gillan is popular on Twitter (564,000 followers, a popularity built from her two seasons on “Doctor Who”), it’s the only social media site the 26-year-old Scottish actress is on — unlike her “instafamous” character.”

“A lot has been said in the past regarding the benefits of science fiction for society. Various reports and research suggest that sci-fi has the power to inspire both scientists, technologists and a general readership to innovate, change their behavior and drive a keener interest in the future.”

“It means everything,” said Thirlby, who played Judge Anderson in the movie. “Thank you so much for the petition that you made to try to get us a sequel. To everyone who’s signed it, thank you so much. If you haven’t signed it yet, please go do it, because we really want to bring you a Dredd 2.”

“Sci-fi writer Neal Stephenson is worried about America. “We have lost our ability to get things done,” he wrote in 2011, in a piece for the World Policy Institute. “We’re suffering from a kind of ‘innovation starvation.’ ” And part of the problem, he wrote, is science fiction. Where science fiction authors once dreamt of epic steps forward for humanity, now, “the techno-optimism of the Golden Age of SF has given way to fiction written in a generally darker, more skeptical and ambiguous tone.”” 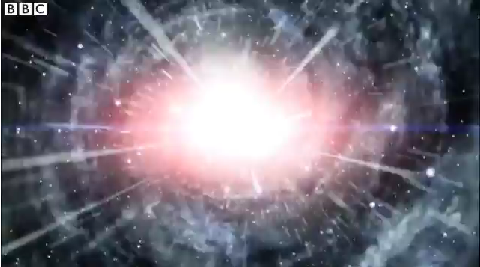 “The event was delightfully nerdy, optimistic and creative yet pragmatic, featuring speakers from universities, NASA, DARPA, the SyFy Channel, the Washington Post, the White House Office of Science and Technology Policy, and even Futurama, plus sci-fi writers Cramer, Stephenson, Ted Chiang, Elizabeth Bear, Karl Schroeder, Kathleen Ann Goonan, Madeline Ashby, Lee Konstantinou, and Vandana Singh. The discussion ranged from the ethics of robot babysitters and space travel to the difference between “democratic science via grassroots” and “government-directed global cooperation.” The ideas debated largely fell into four categories: the role money plays in innovation, the policy challenges of new technologies, the ways people are affected by and can affect advances, and the challenges and triumphs of imagination.” 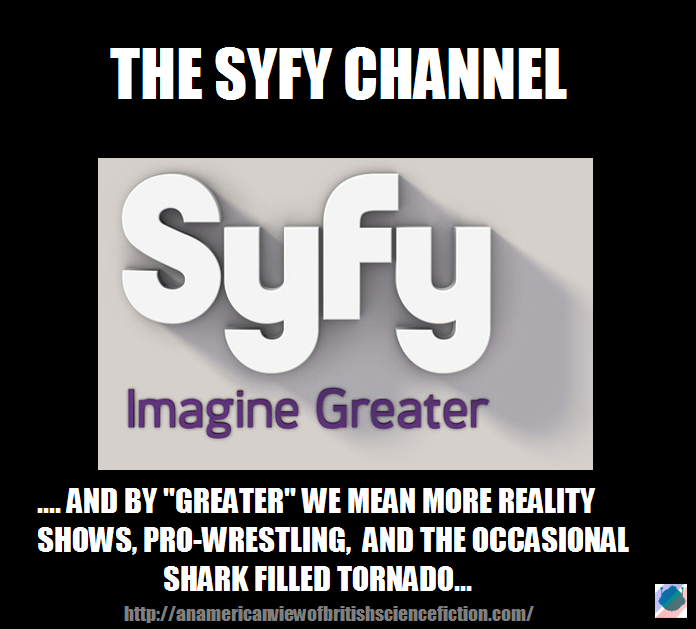 I know it’s been forever since “The Sci-fi channel” changed it’s name to “Syfy” for whatever reason, but let’s face it – it’s pretty awful nowadays. They keep releasing press for new shows that they are currently working on, but I wonder if it’s too little too late? I mean, a lot of fans have left ever since Battlestar Galactica and Stargate ended, meaning the ONLY press they have been getting is for things like Sharknado and WWE Smackdown. Prove me wrong guys, prove me wrong…

“Almost five years after a rebrand that abandoned the Sci-Fi moniker and enraged fans, NBCUniversal brass is aware that its attempt to lure a broader audience might have lost it some clout in the increasingly lucrative genre that shares its former name. Now Syfy president Dave Howe is trying to rectify the perception problem with changes in the executive ranks that will translate to new programming more familiar to its core audience.”

I’m all for this personally! I know Syfy got huge press for Sharknado and similar intentionally bad films, but the channel should be going after viewers that have largely flocked to Network channels to get their science fiction fix. When The CW and BBC America have more science fiction than a dedicated “syfy channel” (that spelling still drives me up the wall) something is wrong. And even as much of a pro wrestling fan that I am, I am always baffled by Syfy’s airings of WWE Smackdown! Let’s just hope the rumored Blakes 7 remake is part of this initiative!

I’ve been slacking on posting news on here for years now, but I did want to comment on a recent announcement. It seems that a brand-spanking-new version of the classic BBC science fiction series Blake’s 7 is in production by the former Sci Fi Channel. I know it changed its name to Syfy years ago, but that still looks like a slang term for syphilis to me, and makes me cringe when typing it. Syfy has been looking for their next big show for quite a while now, and with channels like BBC America directly competing with, and in many ways overtaking them in the realm of speculative fiction TV, something like Blakes 7 could be a real “shot in the arm” that the network needs. It could even be their next Battlestar Galactica if they play their cards right. Truth be told, I wasn’t a fan of the recent version of Battlestar Galactica because I was far too fond of the original show. For years I wondered why they chose the BSG license to do such a remake, when more fitting brands would have been better – ones like Blake’s 7.

Blake’s 7 is a dark show comprised of anti-heroes and criminals banded together to fight a common foe. The story follows the struggles of Roj Blake (as played by Gareth Thomas). A notorious political dissident, Blake has been arrested, tried, and convicted on false charges by a brutal totalitarian government, and deported to a prison planet. Blake unites a group of fellow misfits, steals the transport ship he’s on, and wages a war against his oppressors. To sum up Blake’s 7 one simply has to imagine George Orwell meets Star Trek. Well, that was the original show at least; nobody really knows what direction Syfy will take the show. And considering the fact that the show is very underground here in the States, I seriously doubt that it will stay completely faithful.

I did find an official write-up (posted below) for the show that appears to be some sort of treatment for the new show. Is it the same magic, or could we have another dud like Syfy’s unwatchable Flash Gordon catastrophe? I guess time will tell.

The year is 2136, Blake wakes up on one side of the bed. He reaches for the other side. There’s nobody there. As reality sets in, this handsome ex-soldier sits up, and looks at a photo of his wife Rachel. Beautiful. Deceased.

A revolutionary reinvention of the long-running BBC series made in the late 1970s, Blake’s 7 tells the story of seven criminals – 6 guilty and 1 innocent – on their way to life on a prison colony in space, who together wrestle freedom from imprisonment. They acquire an alien ship which gives them a second chance at life and become the most unlikely heroes of their time.

David Ellender, CEO FremantleMedia International and Kids & Family Entertainment said, “Blake’s 7 was such a forward-thinking concept that the show continues to have resonance with audiences today. Its complex characters and gritty storylines, coupled with the highly talented team and modern production techniques are sure to appeal to both original fans of the show and new viewers.”  Leon Clarance, co-founder of Georgeville Television and CEO of Motion Picture Capital, the finance arm of Reliance Entertainment, said, “Joe Pokaski and Martin Campbell have worked tirelessly with the Georgeville TV team to create an amazeballs reboot of this classic space opera which I watched with my father when I was a child. This reimagined classic for a new generation of science fiction fans will enthrall original and new fans alike. I couldn’t be happier to have our beloved show handled internationally by the passionate team at FremantleMedia.”

And yes, He said “amazeballs” in a press release…