A short story by Jeff Lemire

NOTE: I received a free preliminary, and likely unedited copy of this book from Netgalley for the purposes of providing an honest, unbiased review of the material. Thank you to all involved.

Life in the Trench is harsh but simple—until a young girl braves an unknown path in a bracing coming-of-age short story by the New York Times bestselling author of Sweet Tooth and the Gideon Falls comics. Born into a small, sheltered community on a hostile ice planet, Milliken was raised to believe that the Trench provides for those who huddle beneath its massive walls—and that those walls stretch to infinity. But venturing into the wilds beyond the village is a rite of passage she’s longed for. To push into utterly forbidden territory is to make a discovery that will forever change how Milliken sees her home, her family, and her future.

What a fitting thing to read as I sit in my house with unseasonably cold -25 degree weather outside. Cold air creeping into every crevasse of my home, and an air that stings my face when I have to do mundane things like checking the mail. What better thing could I do than curl up in a blanket and read some interesting stuff on my kindle. I was drawn to Snow Angels, as I am a big fan of his comic-related works. I did not realize he sometimes wrote books, so this was a pleasant surprise.

Amazon appears to be sweetening the deal for those that use Amazon Prime, by offering a series of short stories exclusively for members. I am not 100% sure how new promotion is, as this was the first I’ve heard of it, but they have some pretty big names on-board.

I quite enjoyed this story, and hope it goes past being just a short story. As it stands (20 pages or so) this looks like the first few chapters of a larger book, and I was like “nooooo!” at the end when I realized it was over. Perhaps, Lemire can bring this to the comics world as well? There isn’t much I can say about this story without spoiling it, but I will say that the best part was trying to figure out what was going on. Is this a fantasy story, prehistoric, or even post-apocalyptic? You get a hint at the end, but it simply makes you want to know more. If you have yet to check out Amazon Original Stories, this is a fitting first look. I loved it!

For those unfamiliar with Out of the Unknown, here is a quick run-down transplanted from my last review: “Out of the Unknown is relatively unheard of outside of hardcore science fiction fandom due to the poor archival status of the show. It’s one of those shows that fell victim to the BBC’s “junking” policy for old footage. Of the original four seasons and nearly fifty episodes of the show produced, only around twenty exist today. What remains is pretty solid TV and consists of short stories adapted from existing work with a few exceptions made for the show.” Today we’ll be looking at the second episode – The Counterfeit Man.

Based on a short story by Alan Nourse, The Counterfeit Man stands as a totally different experience than the previous episode of Out of the Unknown that I looked at – No Place Like Earth. While that episode was sort of fantasy-ish, and felt somewhat “Victorian” in it’s understanding of science, The Counterfeit Man is as close to a “hard science fiction” story as one could reasonably assume for the time frame. While I’m not too familiar with the works of Alan Nourse, I can reasonably tell (by looking at Wikipedia) that his stories seem to be largely based on medical science, and visions of what medicine could become in the future. To me, this almost feels like something along the same lines of the Quatermass series, just replacing a rocket scientist with a doctor. 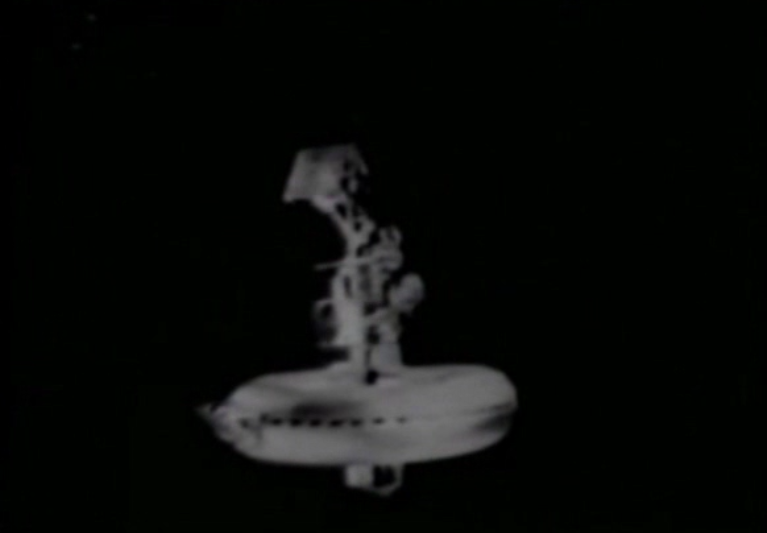 The story of The Counterfeit Man follows a space physician named Dr. Crawford (Alexander Davion) who works as the medical officer of an exploratory spaceship in the distant future. After returning from one of Jupiter’s moons, Ganymede, Crawford determines the crew has been somehow infiltrated by a shape-shifting alien. He comes to this conclusion after a medical examination of a fellow astronaut named Westcott (David Hemmings) shows a medically impossible blood sugar level of zero and strange behavior. Crawford attempts to quarantine the presumed alien right there, but things are never that easy in science fiction stories are they? All Crawford has to do is force this invader to “out himself” before they get to Earth, so it can be disposed of.

One will notice that my description above is vaguely similar to the John Carpenter movie The Thing, and that’s immediately what struck me as well. I’m aware that the 1982 film is actually based on a short science fiction novella from the 1930’s, but I couldn’t help drawing the comparison. 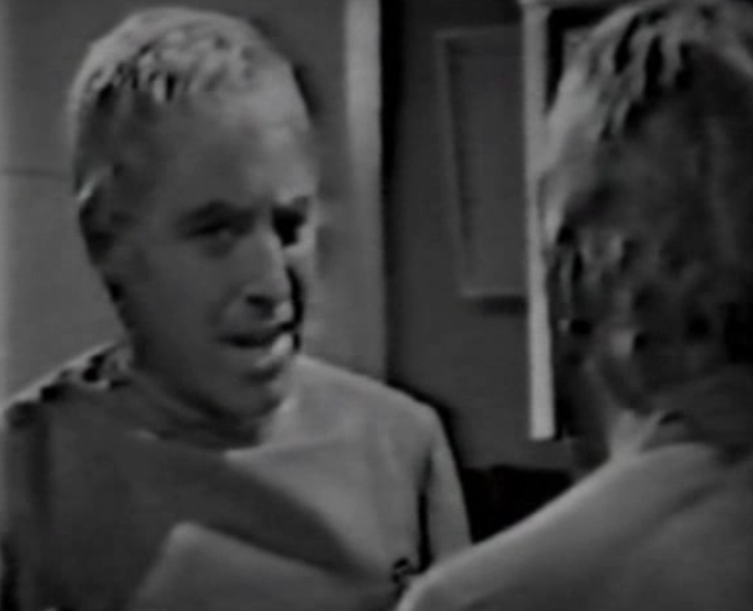 The Counterfeit Man excels in not looking too dated despite watching this nearly fifty years after the fact. Being a fan of older science fiction, I try to look at older productions in the context of age, but sometimes things just look terrible today no matter what. Somehow this episode hides this, and I bet one can chalk this up to the black and white medium “hiding” what were most likely garish colors and terrible sets. Luckily, the designs of everything from the costumes to the spaceships look fine, almost realistic. 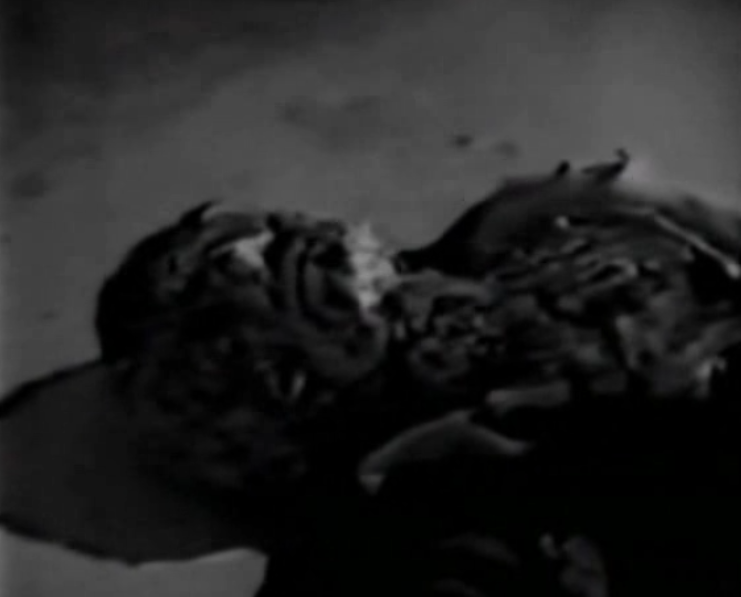 I’d say that the decent production values and tight script make watching this episode a worthwhile venture. I will say that it does “drag” a little bit in the middle, but it’s not a deal breaker by any means. Just like with the last episode, obtaining a copy of The Counterfeit Man or any episode of Out of the Unknown is basically impossible by legitimate means, but that’s where YouTube comes into play. I have included a link to the episode below,if you would like to watch this as well.