While I’m excited for a whole slew of new TV programs coming to us this upcoming fall, I’m pretty bummed that no less than THREE shows that I currently enjoy were canceled recently. There may be some hope for NBC’s Community or Fox’s Almost Human on digital streaming services, but I can pretty much guarantee that the CW’s The Tomorrow People is as dead as my chances of visiting Mars. I’m usually critical, bordering on overly-critical, on shows that get remade in the US market; but I will say, I quite enjoyed this show and am sad to see it go. The CW has really surprised me as of late with their push for science fiction programming. Even though I have quibbles with how some of their shows get produced (people are all supermodels in their shows) I have become a fan.

If you’re new to the game, here is a quick synopsis of the show shamelessly plagiarized from another article I did a while back: “The Tomorrow People tells the story of the next chapter in human evolution – Homo Superior. These are people born of normal humans, but possessing telekinesis, teleportation, and other psychic abilities that make them far apart from normal society. As a trade-off for such abilities, The Tomorrow People can’t willingly kill others, and have to stay safe using non-lethal weaponry – this is a shame because they seem to be targeted by some very bad people. In a sort of X-Men meets Torchwood amalgamation, we come to learn that The Tomorrow People live in a secret base under the Thames and actively look for others like themselves to help and protect. When someone realizes that they are Homo-Superior they go through a process of great mental strain and bodily stress called “breaking out””

The Tomorrow People was a bit different to the normal US television remake factory, in that it’s pretty different from the somewhat obscure source material and is distanced by nearly forty years. Instead of remaking something from the UK that’s popular now, (I’m amazed someone hasn’t attempted a Downton Abbey remake) I’ll hand it to CW for remaking a children’s show that hasn’t been on for decades. Even the iteration that aired on Nickelodeon was on almost TWENTY years ago.

Many people were confused that TTP was canceled instead of shows doing far worse in ratings and critical reception – take Beauty and the Beast which had a rather lackluster fall showing. A recent Entertainment Weekly article lays out what happened: “Pedowitz explained that Beauty and the Beast performed better in terms of international sales and social engagement. “We’ve always said we’re a very different style of broadcast network,” he said. “We have situations where shows like Beauty have created upside potential … it’s a fan favorite. It has a great international [interest]. Primarily, Tomorrow People was a great show — [it] just didn’t have the same level of social engagement or digital side that Beauty and the Beast gets.”” 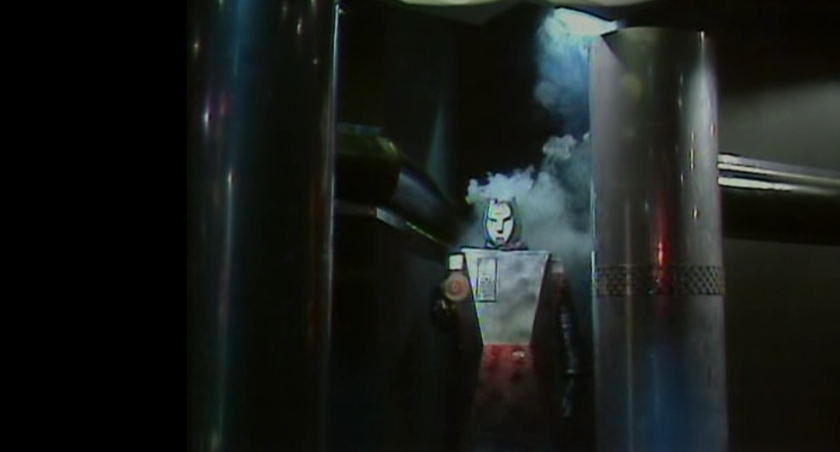 So what went wrong? I will admit that the show had a slow start, a fact that seemed to put a lot of reviewers against it immediately. The show wasn’t critically panned by any means, but many saw it as “average” or sought parallels to other properties – like The X-men. That’s the problem with doing a remake of something so old – once cutting edge and hip has grown commonplace forty years later. As the Entertainment Weekly article pointed out, there was little overseas interest for this show, and one only has to look at a UK-based science fiction forum to sense the apathy.

I will hand it to the CW for at least attempting to inject life into the property. Replacing things like a robot named Jedikiah as a principle villain (see image above), with a more-realistic leader of a militarized scientific operation was a good idea. The characters were older, more rounded and had real issues. Here’s hoping CW keeps Arrow and Flash around and takes some more chances like they did with The Tomorrow People in the future.

This weekend, I decided to pop a few episodes of the 1970’s classic The Tomorrow People into our viewing rotation. While looking for an episode guide, with cast names and such, I stumbled upon this bit of news coming out of The San Diego Comic-Con and all the fall TV press packs that have been making the rounds. It seems The American TV network The CW is trying to brand itself a hub for Genre TV geared towards a younger demographic. With the success of Supernatural under their belt, and Arrow having a solid first season, it seems the top brass wanted something to compliment Arrow, with The Tomorrow People somehow getting the nod.

This isn’t the first time the show was re-launched over here, as I clearly remember watching the 1990’s series on Nickelodeon many years ago, but that was more of a continuation than a reboot. this U.S. version seems to be a total re-launch of the plot of the 1970’s show:

“This update of the 1970s British sci-fi series stars Amell — aka the cousin of Arrow himself — as Stephen Jameson, a standard-issue teen save for his tendency to wake up in other people’s beds, no matter how securely you shackle him down. Stephen soon learns he is one of the “Tomorrow People,” a super-secret, supernaturally enabled race fronted by Cara and John (played by List and Mitchell). Their adversary is Ultra, an organization of paramilitary scientists led by Dr. Jedikiah Price (Pellegrino)”

I’ve been toying with reviewing U.K. based things that were either remade in the U.S. or vise-versa, and this seems like a perfect test for that. Stay tuned, as this new show premieres in October, let’s hope it’s actually decent. Bonus: Here’s a trailer –