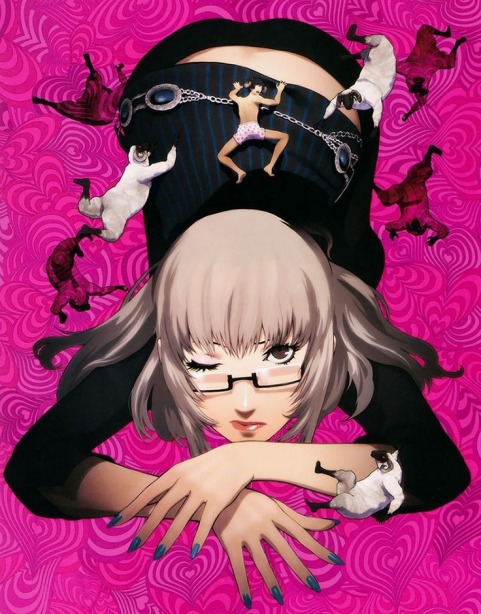 Note: Close to a decade ago, I worked for a gaming website called Gamrfeed, sadly the site folded and was absorbed back into it’s parent website VGchartz a long time ago. When I started working at my current job in 2011, I sadly did not have time to continue producing articles on the schedule that was required, so I had to drop it. I was really proud of some of the work I did on there, and do not want it to disappear into the ether as most websites do after a while. I’ve been posting a few of these “rescued articles” recently, especially ones I think still matter or that I’m proud of. Since this article is from early 2011, the references are incredibly out of date, but that should not stand in the way of the information presented.

I wrote this as a commentary on the trend of publishers not releasing what could be considered “niche games” in the US market for a myriad of reasons and basically blaming the fans when asked about it. I was really hot about this issue at the time, as companies like Namco, Konami, Capcom, and pretty much any other Japanese gaming company started this really ugly trend of cancelling games then blaming fans for not doing free PR work or “not being excited enough”. Honestly this seems to have gotten somewhat worse as time has gone by as most “AAA games” have shifted from being “games” and are now almost all open-world monstrosities that are designed to pump money from you. Case and point, this slide from an Ubisoft press conference:

The “Games as a Service” dilemma might be a solid topic for a future article, but without further ado, lets step back into 2011 and see what made me rage out then.

We have been told for years and years now that niche games (which usually mean games from Japan) do not sell in this current market. This has been, on countless occasions, the primary reason for the endless sequels, spin-offs, and clones that we see in place of refreshing new IPs. I have always held the opinion that, if given a fair shot, many of these games could sell very well if marketed well, courted to the press, and handled better than many games are handled. The age old argument seems to be that “weird Japanese games” should never be released over here, as they will fail miserably. Some seem to forget occasions where this was proven to be total bunk, like with the EXTREMELY weird game Katamari Damacy and now an equally bizarre game – Catherine.

If one had to actually explain the premise of Catherine to a non-gamer or the dreaded “casual gamer” I would imagine that the person in question would resemble either a total loon, or somebody on a prohibited substance. In a recent VGchartz review, the plot was laid as as such: “Every night after Vincent leaves the bar he grows horns and enters a nightmare world in which he and some sheep constantly climb a tower of blocks in an attempt to reach the top before the bottom falls out from under them.” For the layman, a premise like this seems destined for the bargain bin amongst copies of Wet and Brink; but that’s the funny thing about Catherine – it’s actually doing well.

“Yesterday, Atlus told IGN that Catherine has been the company’s biggest launch title ever. “[It] has exceeded our highest expectations,” said Tim Pivnicny, VP of Sales and Marketing at Atlus. “It released last week to tremendous critical acclaim and fan response, bolstered by the release of a demo a couple weeks prior, and continues to generate discussion among fans for its mature themes, engrossing subject matter, and frantic, challenging gameplay.” 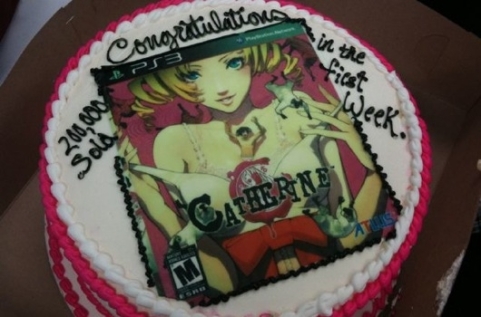 So how did this happen? How did a game where a man is slowly being turned into a sheep and has to climb a tower do so well? Quick answer – it was marketed correctly.

Let’s face it, Atlus games have a very loyal built in fanbase all over the world, and while some games sort of fizzled out like, Growlanser V, they have had a number of modest hits including the Persona series. The reason that their games do well is a hard question to answer, but I feel that it can be broken down into a quick little formula that they have obviously mastered. First and foremost Atlus USA seems to be one of the only companies in America that sets realistic goals for games. Rather than expecting everything to be a million seller, then getting mad when they have extra stock and nobody buying them, Atlus makes small runs of every game based on predictions from pre-orders. This usually means that their games almost always sell out.

Another thing that Atlus always does well is that they treat any release like an event, like it is something special. Rather than throwing the game to the wolves in such a way that indicates that the parent company really could care less for a quirky foreign game, Atlus does it right. They set realistic goals, run pre-orders, and use viral marketing to build hype. Atlus USA have a good relationship with their fans, and utilize them to help hype games, but not in a way that totally burdens them with it, as a lot of the bigger companies do.

When fans spoke out about Catherine originally not getting released in the U.S., the fans spoke up and it worked. Nobody ever said “you better hype this or we won’t release anything else”, they said “okay here it is”. Now that the fans were happy and willing to help out, it was time to win over the press. Remember all the E3 press the game got, even if the game itself wasn’t being talked about, all patrons of the convention had “Catherine” branded on their lanyards, leaving many to look into the game if they hadn’t done so. Magazines started talking about it, game websites, everybody.

It really shouldn’t be a huge surprise that Catherine is doing well, but many are treating it as such. This is most likely because we live in an era when any game that does not sell millions of units is considered a huge flop. If anything, it is the small publishing houses that get it right in these situations: they don’t try to act like they are as big as EA or Activision, but cater to their more intimate audience. Through Pre-sell bonuses, viral marketing, word-of-mouth, and pure old fasioned sexual innuendo, Atlus seem to have struck gold here. Let’s hope it keeps happening.

End Note: It’s funny to look back on this and see me talk about the “modest hit Persona” considering how huge Persona 5 was last year – despite that Atlus (now owned by Sega) is still great at what they do, and many other Japanese publishers have not changed course – especially Konami because F%$# Konami.