While I consider myself to be a HUGE wrestling fan, I’m not always a fan of comedy in WWE. On good days, you get a hilarious segment like Mankind giving Dwayne “The Rock” Johnson the This is Your Life treatment, and on other you get crass bathroom humor that only a five year old would find funny. “Classics” of the latter category include a time when Roman Reigns gave his boss a coffee full of Syrup of ipecac, or a time when Natalya Neidhart was given a gimmick where she could not stop farting. Riveting stuff.

Despite this, WWE surprises me every once in a while – take, for instance, this weeks premiere of the four episode web series Southpaw Regional Wrestling. Easily one of the best bits of digital content WWE has ever done, SRW is a parody of hundreds of small local wrestling feds in the old territory system – you have a less than charismatic champion with a comically small belt, a ridiculous feud between two former tag champs, a literal monster heel character, and even the down home southern-fried man of the people. Check out some photo highlights, then the actual videos below. 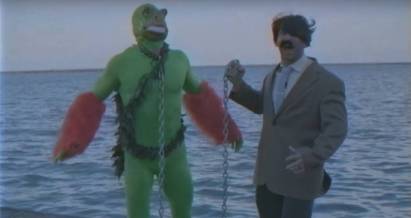 Workout Tips
In The Desert Of Set