Recently, I was discussing a Kickstarter campaign to bring a new Vampire Hunter D comic to the masses with a co-worker, and mentioned that I had started to read the VHD novel series. They had no idea these books were out there and there was so much material, so we went to good old Mr. Wikipedia to look. 30+ total books WOW! and here I am at number 2…lol!! I have actually read the comic from the Kickstarter, so I will likely discuss it on here soon.

When we last left D, he had defeated Count Magnus Lee, and ventured into the wastelaands to look for more work. This chapter follows D on yet another adventure, this time in the snow-covered town of Tepes. The people of the village once cowered in fear beneath the shadow of a dreary castle once inhabited by a member of The Nobility (vampires). The Nobility moved on, or otherwise vanished from Tepes, and the castle sat empty with only its elaborate traps intact. One day four of the village children vanished, presumed to have ventured into the castle. Only three returned, with no memory of what happened or where they went, and one had gone completely mad. That was ten years ago. Now, in the year 12,090 A.D., vampires who can walk in the daylight have seemingly appeared, and many murders are taking place. 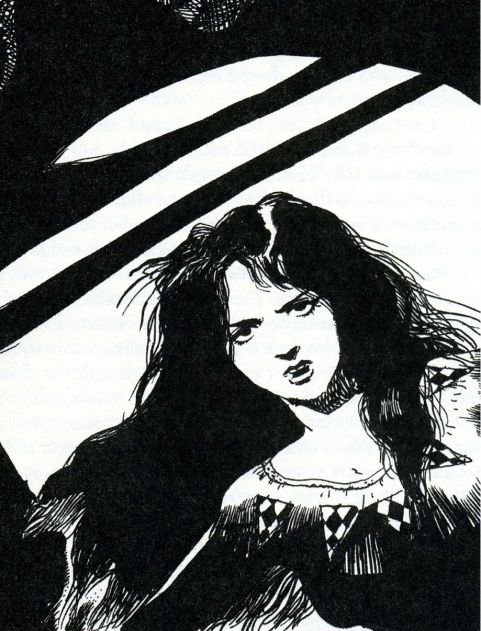 This book is in some ways better and in some ways worse than the first one. I loved the fact that the majority of the book played out like a murder mystery with D acting as a goth Angela Lansbury, shaking down skeevy locals and fighting monsters at the the same time. Okay I guess that’s nothing like Angela Lansbury in Murder She Wrote, but you get the point. The book unfortunately falls into the tread of repeating a bit of the tropes in the last book – D goes to a town, Vampires are attacking town, D meets 17 year old brunette girl that falls in love with him, all the men in town get real rapey, D is a badass – the end. aside from this, there is a TON of character building for D and some more world building for the world of 12,090 AD.

If you like this series, and Gothic horror in general, check this out. Hideyuki Kikuchi does play around with the narrator of the story a bit, treating the voice as some omniscient deity that knows everything and can leap into the points of views of all of the characters at any time. It’s vaguely similar to how old school pulp writers used to write stories, and I know it can put people off of his writing style. If this isn’t an issue keep reading, and onward to book three!