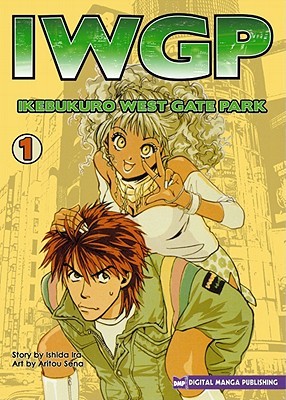 Cast your time machines to about a decade ago, during the US anime/manga explosion (sadly followed by an implosion a bit later). It was during this time that I was in an anime club at college and started buying tons of manga since I got a huge discount at the retail chain I worked at. I got hooked on the anime Great Teacher Onizuka and started buying the books and other merch from the now defunct company Tokyopop. After a while Tokyopop tried to release like 40 releases a month, so I had to stop my crazy buying habits quite a bit.

I haven’t really bought or followed that much manga since this time due to space limitations and the general taste in this product shifting away from what I actually enjoy (not a fan of the Moe genre), but every once in a while I get a wild hair to try a new series, and here we are. I got this book from a sale that Akadot Retail was having, and figured that a book for $2.00 was too good to pass up. I may get more if this experiment goes well, and truthfully I never purchased much from Digital Manga Publishing.

Apparently Ikebukuro West Gate Park is based on a popular 2000 TV series in Japan, I have not seen this series so I cannot comment, but I see that according to Wikipedia the book and show are somewhat different to eachother. It’s funny that I mentioned GTO up there, because this book reminds me a lot of the general tone of GTO. Yeah Fujisawa’s Onizuka stuff is generally written much better, but this book has a balance between gags and drama that I enjoy quite a bit, although the balance is a bit off at the beginning. I would say the first quarter of the book is a bit too light-hearted considering that this is a mystery novel about a potential serial killer and a street gang trying to stop him. 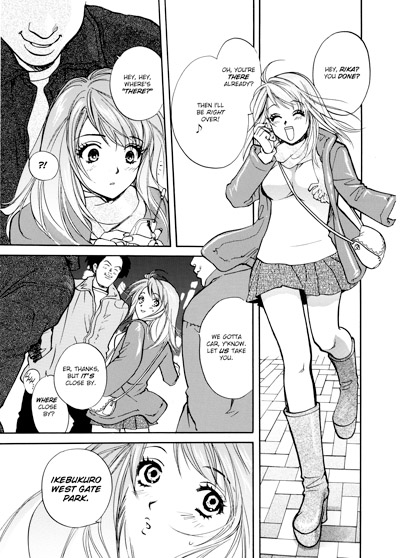 The story follows a guy named Makoto that seems to have all sorts of connections to street gangs and other illicit activities despite seemingly not being a part of said activity. He runs a shop with his mother and has some sort of oddly close Batman/Commisioner Gordon relationship with the local police that has yet to be fully explained. He and a few friends meet a couple of girls at a New Year’s Eve party (the over-hyped 1999-2000 millennium celebration in particular) and hits it off with a girl named Rika. Ikebukuro is plagued with reports of a serial “strangler” that seems to be attacking girls that go on dates with older guys for money, and this has everyone scared. Some bad stuff happens and it’s all up to Makoto to stop it (to not go into spoiler-land too much).

Not much else to say about volume one, other than I will be seeking out the second book and that this is definitely a mature book so make sure you are okay with that if you give this a shot.