Episode 11 of The Tripods was an action-heavy chapter that dealt with the boys resorting to theft to get food while traveling to the White Mountains. The aftermath of said choice was basically the resulting punishment they received. Not only did they have to escape a tribe of murderous “Vagrants” living outside the town, but were apprehended by some Blackguards and put on trial for theft.

They apparently have a semblance of a fair trial, but it seems that the trial itself is more of a ritual than an actual legal proceeding. It seems like it’s a foregone conclusion that they will get capped once a Tripod arrives, and that is even if they are somehow found innocent. Boys of their age simply do not walk around uncapped, it’s uncivilized and terrifying! Our buddy Danielle, the French Blackguard that has been stalking the boys ever since they left the vineyard, shows up and punches holes in their defense. Danielle basically ruins everyone’s day by stating that he knows they are up to no good. he’s no Duc Du Sarlat on the scale of jerkitude, but he’s got to be pretty close.

They are caged, and Danielle volunteers to take him back to his precinct for processing. Suddenly the boys are in a moral dilemma – Henry feels bad that they have to hurt Danielle in order to escape seeing that he is part of the family that took care of them. It comes down to the fact that “it’s either him or us” and the boys attack.

Danielle isn’t killed or anything, but bound, gagged, and stranded in the middle of nowhere locked inside of the cage he trapped the boys in. I liked this scene a lot because Henry had to come to terms with the fact that he probably wasn’t going back to that vineyard, and that Danielle was not their friend and family member. 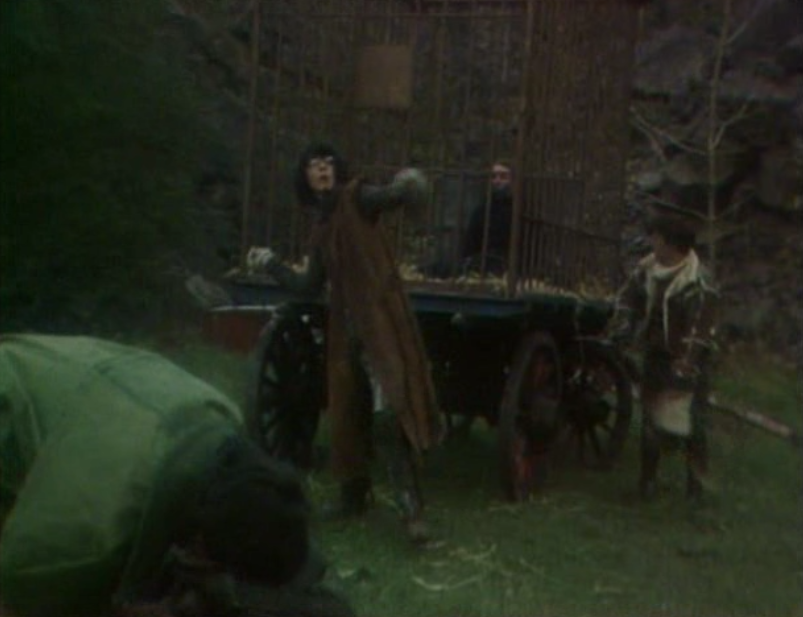 The rest of this episode is full of some very important information including our very first glimpse at what the true nature of The Tripods is. This kicks off when the boys are traversing an eerie ruined city and stumble onto a Tripod that is guarding it. Somehow they have gone completely undetected, or as beanpole puts it “just like how a fat man cannot see his own feet”.

Pretty soon a plan is concocted to attempt to destroy this Tripod. Henry climbs up a rock face and places a hammer under the foot of the hulking enormity of the machine’s foot. Beanpole then hoists one of the grenades that were plucked from the shopping mall way back in the beginning of the show, and pulls the pin with a rope. The resulting explosion knocks the beast over and a hatch opens on the front face of the Tripod. 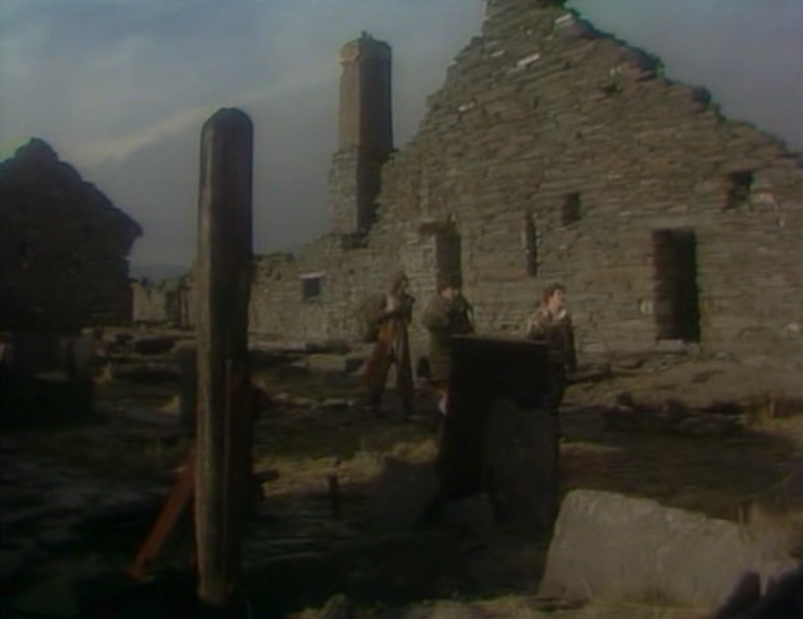 Until this very moment we were not exactly sure if the Tripods themselves were sentient robots or if somebody was inside of it piloting. With the hatch opening, the boys get a glimpse of an off-screen face that proves the latter is most likely the case. This is, of course, right before another grenade is hurled into the cockpit rendering the occupant inside nothing more than a thick green slime oozing out of the door.We are not only one step closer to knowing the true nature of the villainous Tripods, but we now know that they can also be killed.

As the episode closes, we see The White Mountains off in the distance, signaling that the first part of the boys’ quest is nearly complete. They aren’t sure what to expect other than the fact that there are probably more like-minded individuals there, and none of them should be capped. Here’s hoping that crazy old coot Ozymandias was right and this whole ordeal wasn’t a wild goose chase.

Last week I discussed how much I loved the location shooting in this show, and this is yet another episode full of great shots. The ruins that the boys walk through were especially eerie, seemingly plucked from a medieval village that was destroyed. I did a bit of research, and it appears that this was actually an old Welsh slate quarry called Diffwys Quarry, that had been abandoned since the 1950’s. I’m not sure how something so recent fell into such disrepair so quickly, but it definitely gave this episode the terrifying post-apocalyptic vibe that it had lost a bit of in all of the pastoral episodes.

Also of note, were the awesome model shots and practical effects especially in the Tripod battle at the end. I’ve seen far more recent films have less realistic scenes of large creatures or machines walking around, and it really goes to show that sometimes models and puppets work better than computer generated effects for some things. My hat goes off to the director, Christopher Barry, and his entire crew. That’s it for this week, join me again in seven days as discuss the final chapter of season one – Episode 13, The White Mountains! Remember, if you missed any entries for this series and want to read more, go to the front page and click the “Tripods” button.