Despite my fondness for them firmly placing them above any other Doctor Who villain, it really depends on who the writer is on how these guys are used. Episodes like 2005’s Dalek are instant classics in the minds of many fans, while others such as Daleks In Manhattan come off as camp as a sequined cape. I was surprised to realize that this was showrunner Steven Moffat’s first real foray into these armored squid guys, and for the most part he really nailed it. If anything, he has found that a way to make a monster scary again is to wound it, or drive it crazy. The headless Cyberman armor in The Pandorica Opens is a fine example of this, and in this episode we have an asylum full of the Dalek equivalents.

First thing first, I had no idea that Jenna Louise Coleman was going to be in this episode. For the first time in a VERY long time we had an actual surprise that wasn’t ruined by a big UK newspaper or a questionable write-up in a magazine. Her appearance is a two edged sword though, as I really enjoyed her character, but this is probably not the same character that later shows up later on. Without outright spoiling my reasons for those that have not seen the episode, let’s just say that if it is her – Moffat will have to unleash the “timey wimey” on the show to achieve this. 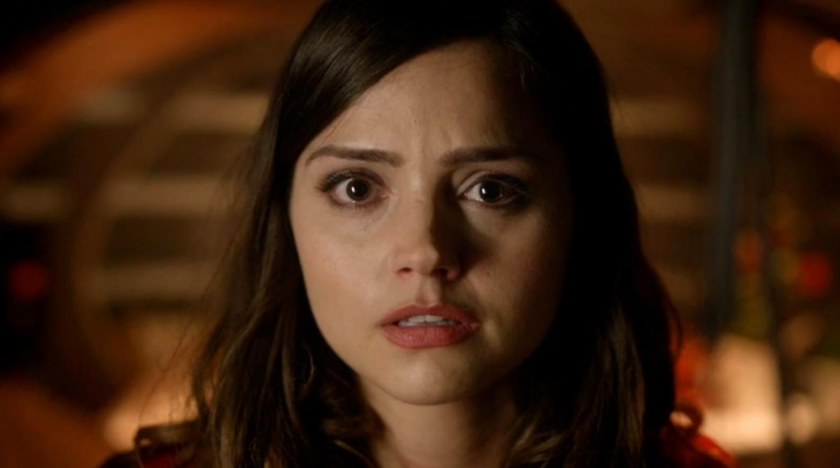 This episode had it all for fans of older Dalek episodes. Returning, is a human slave class lead by the Daleks, minus the stupid speech pattern that the robomen had, or those dumb helmets from the Davison era. We had a glimmer of the many factions within the Dalek Empire including a new “parliament of the Daleks”. While this was a bit Star Wars-esque (galactic senate anyone?) it achieved a reasonable way to have thousands of Daleks in a room at once. Those thousands of Daleks were very impressive, but failed on one regard. The promise of “Every Dalek Ever Made” wasn’t an outright lie, but one had to play “Where’s Waldo” to see most of them. There was a special weapons model, and a 1960’s model in there from what I could see, but they weren’t features quite as prominently as I had hoped. I bet somebody with far too much free time has spotted them all, but I’m too lazy for that.

All in all, I really liked this episode; it had everything I like about Moffat scripts: mystery, surprises, horror, and a dash of humor. This season, despite how short it this half is, seems to be more up my alley than the previous Christmas episode, and holds the “blockbuster” status teased in the lead-up.

2 thoughts on “Asylum of the Daleks”