The main point of my previous review was that episode one of Outcasts was utterly depressing, so depressing that it seemed like a worthy companion to all those shows about compulsive hoarding. In one episode, the producers and writers played multiple games of bait and switch on us, leading me to have no idea who the main character was. “oh look, I better pay attention to these guys” DEAD! “wait, maybe that person will be important later in the sh..” DEAD! “What about…” DEAD! I know some shows start killing off hoards of characters for dramatic effect throughout a story to build drama, but leaving half of the initial introduced cast in the first episode either dead or mortally wounded? Onward to episode two, I guess.

Episode two thankfully does what episode one should have done- it introduces us to things like backstory, character development, and gives the viewer a firmer grasp on the setting. In the previous episode, I really had no idea what the planet of Carpathia was like. At first I was lead to believe it was a desert planet based on a random sandstorm that happened, and the presence of dunes, only to find out it had vegetation and rocky hillsides. Confusing things like this made the first episode seem weird and disjointed, and not in a mysterious Lost sort of way.

This episode also introduces us to another group of people on the planet, a group of “Outcasts” who I assume are going to be the main antagonists of the citizens of Forthaven. We find out that Forthaven once had far more people than it currently does, and a virus outbreak drove them away. More specifically, they were slated to be executed, but were let go. These people resent the settlers, and want revenge.

Sadly, while there is character development present, nobody really breaks the archetypical mold they are set into, and as a result we have a cast of one-dimensional characters doing utterly predictable things. Present are characters like the wise captain, the motherly older woman, the hot-headed military man, the snake in the grass, the punk teenager, and many more. It is because of this that most of the characters feel like chess pieces created to achieve the goal of a story rather than fleshed out humans in a real world. For me, the character of Cass was the only character that I cared about in episode one. I thought he was going to be the comic relief character at first, only to find out that he’s much more valuable to the story. With the introduction of a super-creepy guy like Julius to throw disarray into the camp, I can see a glimmer of hope for later episodes. 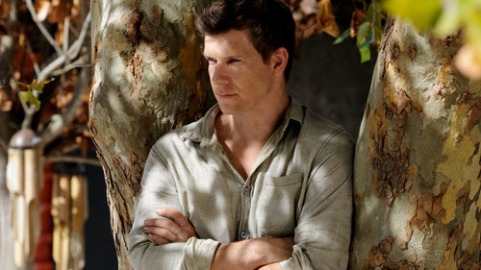 While I didn’t hate episode two of Outcasts, It isn’t out of my doghouse quite yet. It seems that it has finally found its footing on the teetering platform of watchability, and is pretty close to being entertaining. As long as they don’t kill of these good characters I like, and people start doing things outside of their archetype I think this show could be salvageable.